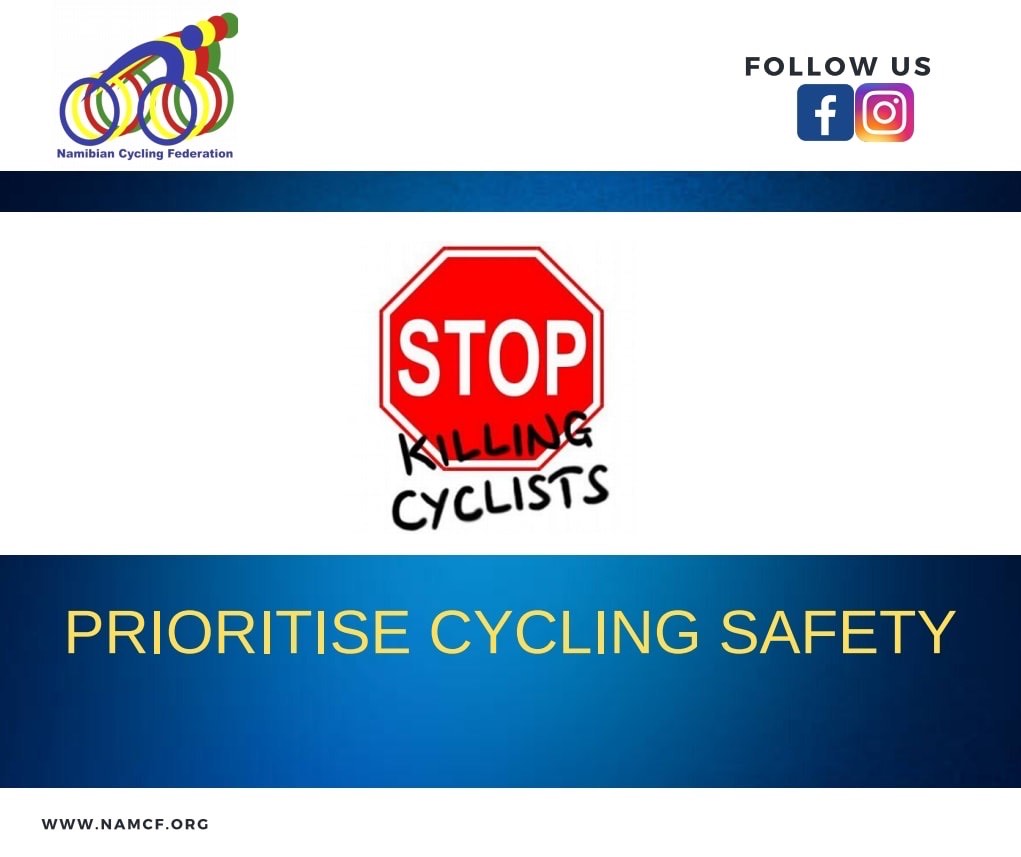 The Namibian cycling fraternity is shocked to learn that yet another cyclist has fallen victim to reckless driving on the road in the Windhoek area.

After numerous incidents this year, we will be remembering a cyclist who has died after being hit by the driver of a motor vehicle.

To prevent more collisions of this kind, we are demanding that a bicycle sign be painted at regular intervals on the left shoulder of this route (western bypass) and that caution signs for cyclists be similarly placed.

For many years the Namibian Cycling Federation has been involved in creating awareness that cyclists as road users have the same rights as any other road user.

The NCF recognizes that the City and the country are currently experiencing financial constraints. However we would like to see rapid progress in establishing infrastructure for cycling, particularly in the western suburbs of Windhoek.

The NCF therefore proposes that an immediate start be made in establishing the identified cycle lanes and paths, starting in the western suburbs, through a Public-Private Partnership.

The NCF offers to be instrumental in mobilising such a Partnership, which could, for instance, cooperate with the City in making the routes known, putting up signs along the routes, painting markings on the road where appropriate, safety education, and putting up secure bicycle parking stands at strategic points, including the offices of the City of Windhoek.

We believe that the cycling community of Windhoek, with sympathetic private sector entities, as well as schools, would be willing to collaborate with the City in making such a partnership both popular and effective.

Dear Riders, the entries for our new WALDSCHMIDT EGGS Rock and Rut Marathon are open!!!…

Due to great demand we have opened the following additional categories: 60/30km e-bike open men…